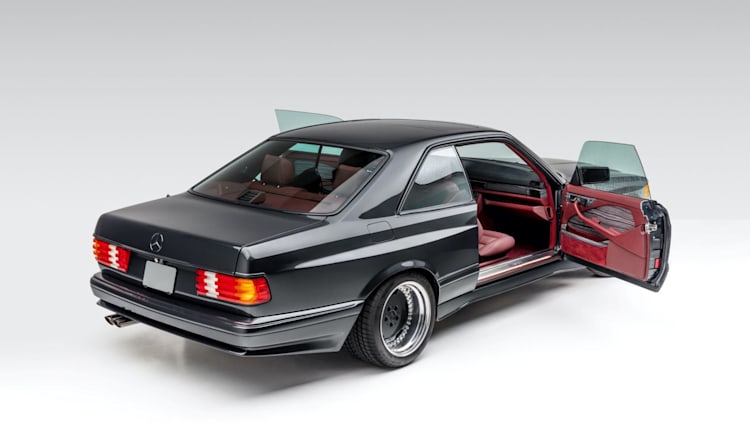 The Mercedes-Benz 560 SEC Widebody has got to be one of the most iconic AMG creations of the 1980s.

Based on the Mercedes’ biggest and most expensive coupe, the 560 SEC AMG 6.0 Widebody was the ultimate in luxury, performance, and exclusivity with a three-pointed star. Built at a time when AMG was still an independent tuner, the modified Mercedes-Benz coupe featured not only a widebody package but also a healthy performance upgrade.

The official production figures for the model are unknown, but it is believed that there are just 26 in existence. As such, fine examples like this are especially sought-after among collectors. In good condition, it could fetch you as much as $250,000 high end and lower end $190,000. So dust off your old collections, rummage through your friends’ junkyards and garages to see if you can find one of these lying around and you might just rake it in…