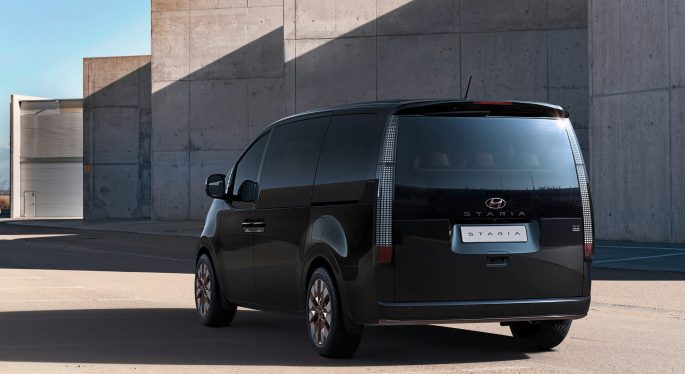 Kia recently announced that the Kia Carnival would be coming to the U.S which is great news considering we are a culture of minivans and carpooling. That announcement however makes room for its not-so-distant relative the Hyundai. The Hyundai Staria is nothing short of a space-looking minivan, with a 3.5 liter V6 and a uni headlight stretching across the entire face, looking like it should be powered by a turbine.

Make no mistake, The Staria has no intention of blending in with the other minivans in carpool.

Its interior is surprisingly luxurious which is a staple for anyone who knows or owns a modern Hyundai. Should the Staria make it to the States, it will most likely be offered in 7 or 8 seat configurations, however, the Korean version has been given an extra row addition functionality to a total of 11 seats.

Funny enough, other than the exterior styling and crazy interior layouts, the Staria is actually a pretty basic van. If it does make it here, it will be interesting to see how it sells compared to the Chrysler Pacifica, Honda Odyssey, Toyota Sienna, and even its far more conventionally styled cousin, the Kia Carnival. With it wearing a Hyundai badge, expect great standard equipment at a competitive price.

3 thoughts on “Hyundai Staria A New Way To Carpool”