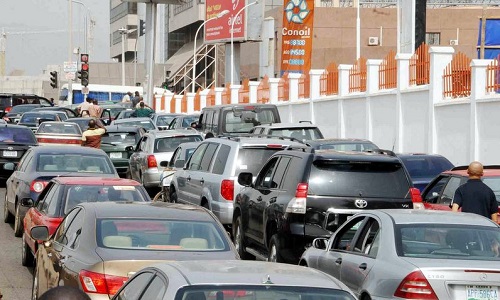 Nigerian residents yesterday woke up to sudden fuel scarcity, as most of the filling stations were shut down.

The development followed a strike by the Nigeria Union of Petroleum and Natural Gas Workers (NUPENG) over alleged detention of its members and alleged vandalisation to their tankers by officials of Rivers State task force.

The surprise scarcity expectedly shot up transport fares by 30 percent, while motorists who ran out of petrol were stranded.

The union and the Rivers state government had met last week to broker truce to no avail.

Mr. Alex Egwanwo, Chairman of NUPENG, Port Harcourt Zone, confirmed that the industrial action was consequent upon the lingering rift between the two parties.

He said his members were still being detained alongside their trucks, regretting that the Governor Nyesom Wike administration failed to implement the outcome of their meeting.

“You are aware of the lingering issue between the government taskforce and the union. As we speak, our members are still in detention and their trucks still seized.

“Let the government release our members and their trucks. We are not after those arrested in illegal business, but those our members who they arrested without due cause.

“We embarked on this action to protect the interest of our members. We understand the plight of the masses which we are part of, but, we want social justice for our members.”

He accused the union of acting contrary to the agreement struck by both parties.

The commissioner insisted that the state government conceded to the request of the oil while NUPENG on the other hand agreed not to disrupt the industrial harmony in the state.

“We have initiated processes of releasing the trucks and the detained members. I do not see the reason why they went on strike. I think there is some sabotage going on. But we will not allow anyone to sabotage our efforts.

“If you have a disagreement with people and the state government is working towards implementing what was agreed, I think the stakeholders should be reasonable enough on their actions.”

Meanwhile, operators at the Onne Port in the state have said the lack of scanners at the facility was slowing down businesses and affecting the nation’s economy.

The stakeholders, including the Association of Nigeria Licensed Customs Agents (ANLCA), freight forwarders, West African container terminals and dockworkers, noted that no nation could develop its maritime industry in the absence of scanners.

Secretary of ANLCA, Chinedu Ikenga, said to achieve effective service delivery and meet the revenue targets of the gateway, modern facilities must be put in place.

In his remarks, Galadima expressed the hope that the command would overshoot its N140 billion revenue target for the year.