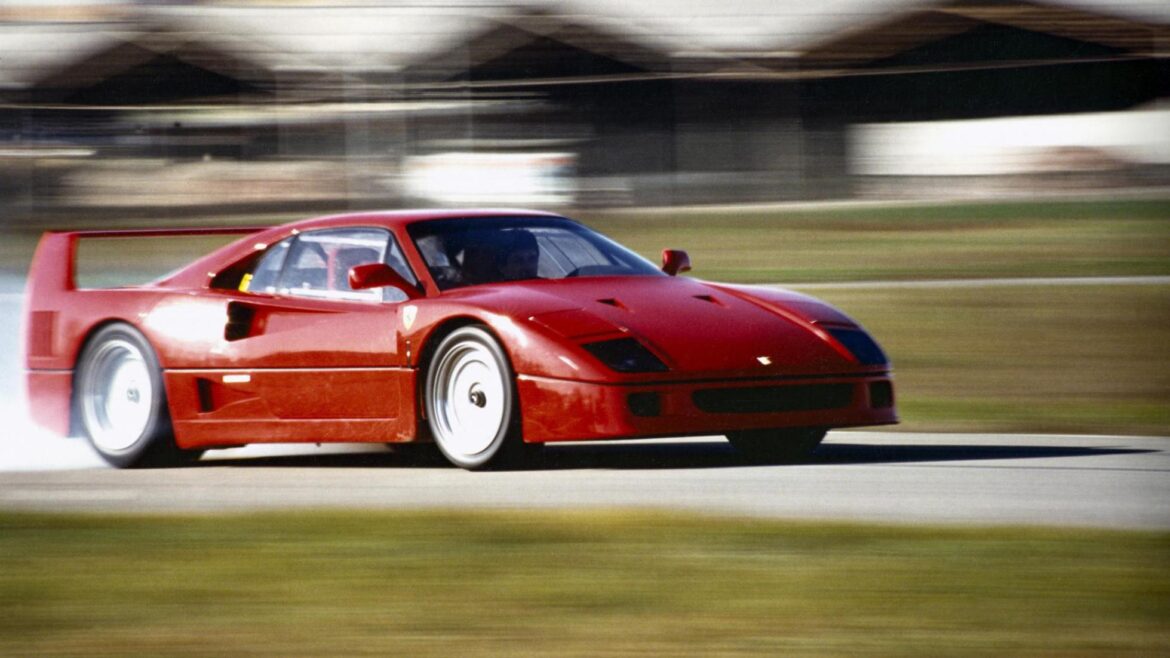 Were Secretly Faster Than Advertised: Part One

Porsche’s ‘supercar’ for the late 1980s was the 959. It was a spaceship underneath, with adaptive four-wheel drive, magnesium wheels, and in-built tire pressure sensors, its sequential twin-turbocharging, and lightweight, rust-proof Kevlar body all featured on the ‘granddad’ of today’s 911 Turbo.

The company announced a 197mph v-max for the well-kitted 959 Komfort, and 198mph for the 959 Sport, although it’s been suggested that Porsche figured a healthy 959 would indeed top the magic 200mph, but for modesty sake, it didn’t claim a double-tonne max speed.

However, a semi-secret factory power upgrade boosted the 959 from 450bhp to over 520bhp, while 29 examples were officially designated ‘959 S’, complete with 510bhp and a verified top speed of 211mph, way back in 1988. “Not Bad at all looks considered”

In a parallel universe, whilst the Porsche 959 was arriving to dominate autobahns, Ferrari’s low-tech, lightweight F40 was ready to rule the autostrada. The 2.9-liter V8 may have been tiny, but its enormous twin turbochargers boosted output to a massive 480bhp. That said, turbo tech was fairly primitive back in the day, as anyone who’s experienced an F40’s psychotic turbo lag will tell you…

Owners of F40s reported their cars developing well in excess of 500 hp which goes some way to explaining why Ferrari’s F50 which exceeded the F40 in the mid-1990s couldn’t keep up in a straight line, with its peakier, less grunty F1-derived V12.

In the 1990s, all the Japanese car companies had a polite and honorable agreement that neither of them would make a car with more than (280PS) or 276bhp. In a nation with ‘Kei'(genderless) -car rules and such densely populated cities, a power war just wasn’t necessary.

However, just because something wasn’t ‘necessary’ didn’t mean it wasn’t ‘fun’. So Nissan’s engineers simply told a lie. Officially, the quoted horsepower from the R34 Skyline GT-R’s celebrated 2.6-liter twin-turbo straight-six was the agreed-upon 276bhp.

But, it was an open secret that the car rolled out of the factory packing in excess of 400bhp, and that was before the owners had begun their own ‘tune happy’ upgrades.

“On the flip side though, if everything had been limited to 276bhp, Fast and Furious would have been a very different movie franchise. They’d have never kept up with that cargo plane for the whole 20-mile runway…”

One of motoring’s most titanic power struggles happened in America during the mid-to-late 1960s. The likes of Chevy, Ford, Pontiac, Dodge, AMC, and Plymouth were locked in combat to offer even more power, lairier colors, and wilder names. They were exhilarating days, but even Shelby knew that going so far as to put an actual racecar engine in a Mustang was likely to wind up the powers that be.

So, when the ’68 GT500 ‘King of the Road’ made its big entrance, the company rated its 7.0-liter V8 at 335bhp: a monumental amount of power for a stone-age chassis riding on a live rear axle. It was just as well only insiders knew the motor was actually churning out 435 bhp on ‘pump gas’.

In Part 2 we name the final five cars that made it to our top 9 list of cars you never knew were faster than actually advertised.