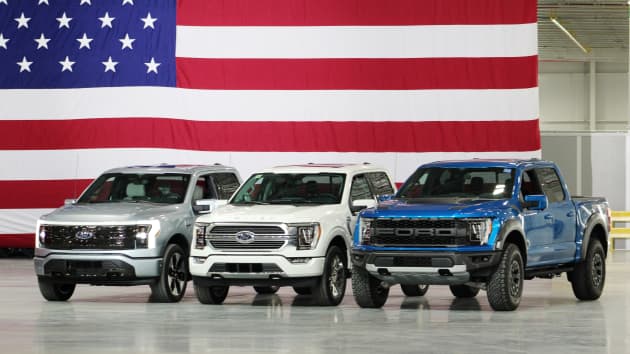 The press were out in full view to watch the President of the United States Mr. Joe Biden test drive Ford’s lightning Electric pickup truck and by the looks of things he had a good time. He was particularly impressed with its speed, “0-60 in about 4 mins” he chimed when he stopped to take press questions for a brief second before zooming off again. These moments are pretty rare to see but create an equally endearing and powerful image statement that reminds us all of how ‘human’ even the president is. Mr. President, we will take your word for it. The F150 electric is looking good.