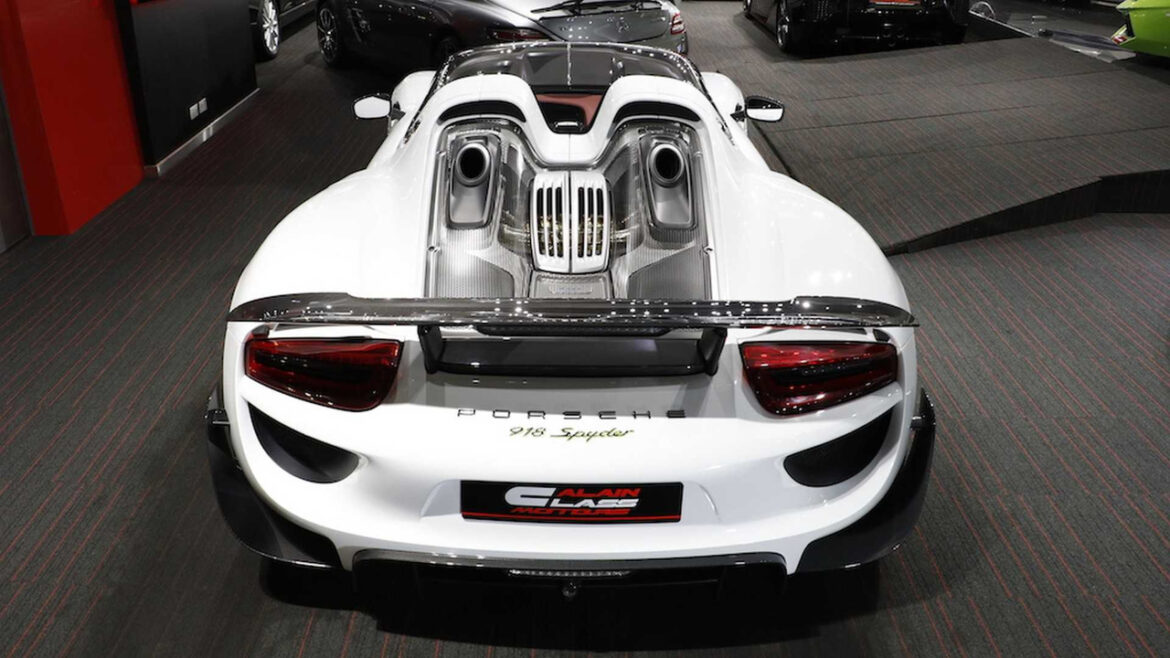 The rear electric motor is mounted between the engine and seven-speed twin-clutch gearbox, while at the front, the drive is purely electric. Above 165mph that motor shuts off, making the car rear-drive only. Like the V8, the aluminum double-wishbone suspension is similar to the RS Spyder racer, adaptive dampers are standard and overall the 918 has very little in common with any other Porsche road car. Inside a mode dial on the steering wheel allows you to select four different drive modes – Electric, Hybrid, Sport, and Race. In the latter two, the engine is always on.

A hybrid hypercar like no other. Two electric motors and a 9,000rpm 4.6-litre racing V8 contained within a two-seat roadster frame that’s almost entirely carbon fibre. Four wheel-drive, 875bhp and an even more incredible 944lb ft of torque, with over half of that available at only 800rpm. Yes, you did read that right. There really is nothing else like the 918 Spyder.

Not even the McLaren P1 and LaFerrari, the other two members of the ‘Holy Trinity. The plug-in Porsche, with a 6.8kWh battery twice the size of the McLaren’s, 282bhp of e-thrust alone, and an electric range of 12 miles is easily the most hybrid of the three. It’s capable of hitting 62mph in a little more than six seconds on electricity alone. It is a pretty special car we have to admit but then again Porsche has never been one to cut corners or follow the pack. They stand out even amongst competitors and have done that throughout their long automotive history.