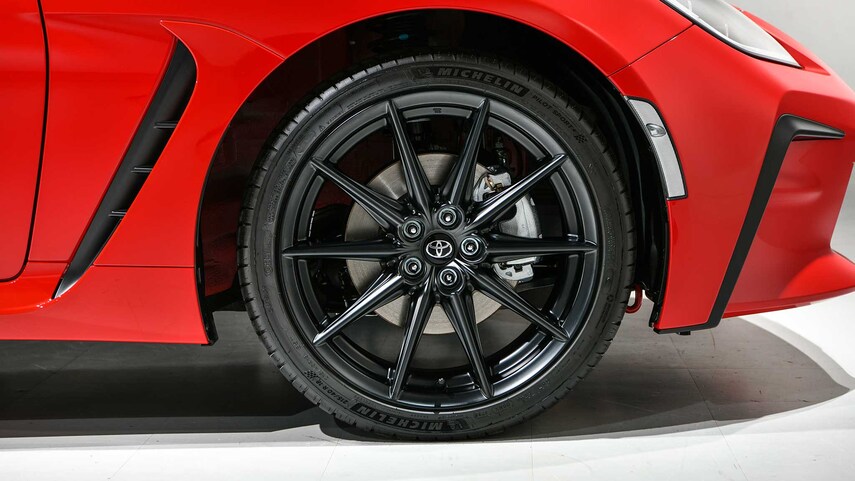 Nearly a decade ago, Toyota wowed car enthusiasts with its all-new back-to-basics sports coupe. Co-developed with Subaru and initially sold as the Scion FR-S, the Toyota 86 was small, lightweight, and fun to drive. It was also relatively affordable. Now, for 2022, Toyota is back with its redesigned 2022 GR 86. It has a slightly different name but otherwise lives by these same principles. Also on tap are more power, a revised interior and new styling.

Like its predecessor, the GR 86 features a horizontally opposed four-cylinder engine mounted up front. Toyota says this larger, 2.4-liter mill produces 232 horsepower which is an increase of 27 hp compared to the previous model, and 4 hp more than the mechanically identical Subaru BRZ.

The GR 86’s interior is fairly minimalist in design. A digital/analog combination instrument panel lies behind a thickly padded steering wheel that features a fairly basic set of controls. The center stack is similarly uncluttered, adorned only with climate controls and a row of toggle switches.

The soul of low-cost, fun-to-drive sports coupes lives on in the new 2022 Toyota GR 86 and its Subaru BRZ twin. Its revised powertrain and upgraded interior are likely worth the wait for prospective shoppers and more than that, is the price just under $25,000.