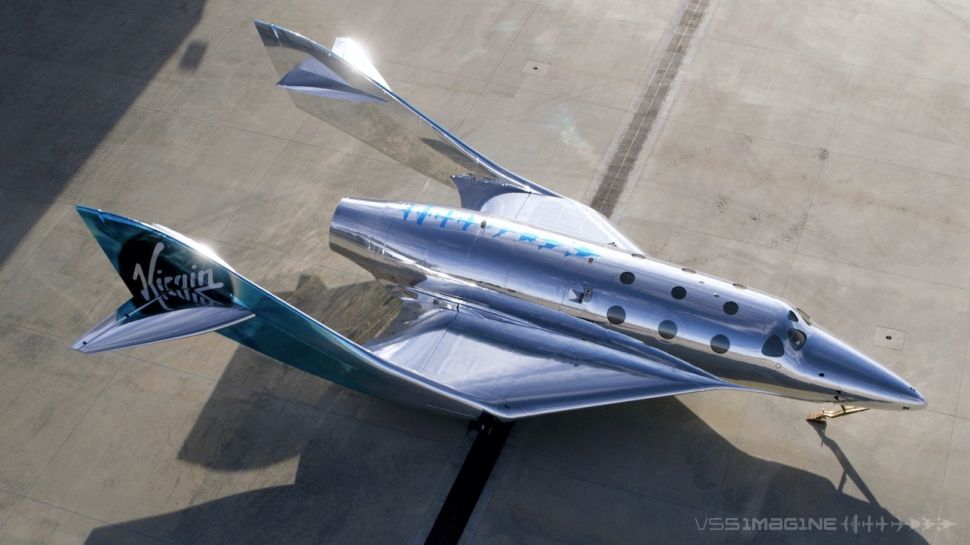 It’s no secret that Virgin has been in the “race to space” game for quite a while now. But today finally, they have achieved the most.

Like Virgin Galactic’s other spacecraft, VSS Unity, VSS Imagine is designed to take people and scientific experiments to and from suborbital space. However, the newcomer is the first of the next-generation SpaceShip III line, which features upgrades that will “enable improved performance in terms of maintenance access and flight rate,” company representatives wrote in a statement today.

The SpaceShip III design also features a change that, while dramatic, is merely skin-deep — a mirror-like patina that reflects the vehicle’s surroundings, from the ground all the way up to space and back.

“As a SpaceShip III class of vehicle, Imagine is not just beautiful to look at but represents Virgin Galactic’s growing fleet of spaceships,” Richard Branson, founder of the Virgin Group, said in a statement today.

“All great achievements, creations, and changes start with an idea,” the billionaire entrepreneur added. “Our hope is for all those who travel to space to return with fresh perspectives and new ideas that will bring positive change to our planet.”

VSS Unity is a SpaceShipTwo vehicle. SpaceShipOne, the design pioneer, won the $10 million Ansari X Prize in 2004 after making two crewed flights to suborbital space and back within a two-week span.

Unity and Imagine are two-pilot, six-passenger space planes designed to lift off beneath the wings of a carrier aircraft, which drops them at an altitude of about 50,000 feet (15,000 meters). At that point, each spacecraft’s onboard rocket motor lights up, blasting it up to suborbital space.

Virgin Galactic passengers won’t circle Earth-like astronauts aboard the International Space Station do. But they will get to experience a few minutes of weightlessness and see the curve of Earth against the blackness of space. More than 600 people have booked a ride to date, at a price (most recently) of $250,000 per seat, company representatives have said.

Unity and Imagine are at Spaceport America in New Mexico, Virgin Galactic’s commercial hub. Unity is in the final stages of its test campaign and is expected to launch on another suborbital test mission — its third spaceflight overall but first from Spaceport America — this May, company representatives have said.

One thought on “Virgin Galactic Unveil The VSS Imagine, Congratulations On A Job Well Done”